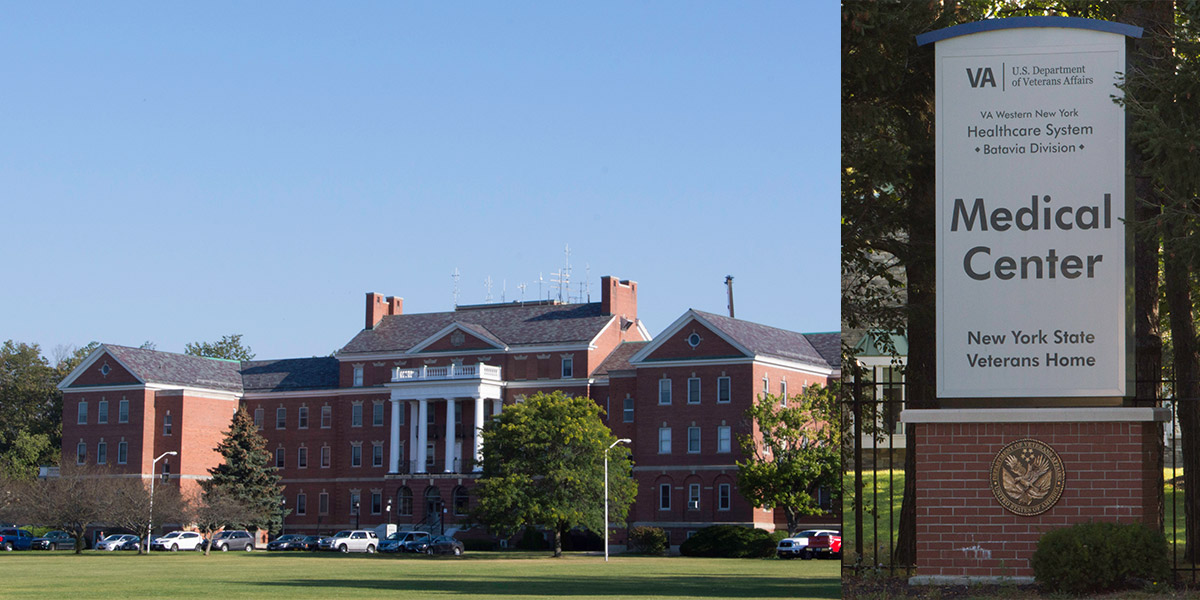 Over the past two years, Western New York has seen more than $100 million in federal funding coming for major updates and renovations at Veterans Administration hospital and health care sites. The Batavia VA Medical Center brought in $30 million funding alone to renovate the building and rehabilitation facilities. The funds come as part of the $4 billion pot reserved in the federal spending bill for the U.S. Department of Veterans’ Affairs Medical Centers.

Martin Zombek Construction , after two years of delay, began working in the Batavia VA Medical Center in March of 2017.
Over the course of a year and a half, MZ provided multiple services including:

As a renovation project, the Martin Zombek Construction team also faced the difficulty of integrating the new materials and features into a building that was built over 80 years ago.

One of the unique parts of this project for the MZ team were the specialty door frames. Within the medical center, the frames had to be split so that a track system could be utilized to transfer patients from one space to another on a harness. When installing frames that are split in the middle, the team needs to take special care to ensure that the doors still function properly. “Our team of expertly trained carpenters had to take extra care to make sure the frames still lined up. Each door has two frames, one on the left and the other on the right.” said Luke Capria, MZ assistant project manager. Luke said the team faced the challenge head on and understood that they were working to give our veterans the “best care that they deserve.”

As of February 2019, MZ has completed its portion of the $30 million renovation project.

Founded in 2009, Martin-Zombek Construction Services is a family-owned and operated company with 90 years of expertise. Operating on the core belief that safety, productivity, and quality are the building blocks of success, MZ specializes in commercial construction with a vast portfolio of projects ranging from academic and medical facilities to military and fine arts buildings.

The Exposition Center at the New York State Fair
Next

Using the past as a foundation for the future: Martin-Zombek Construction Services, Inc.