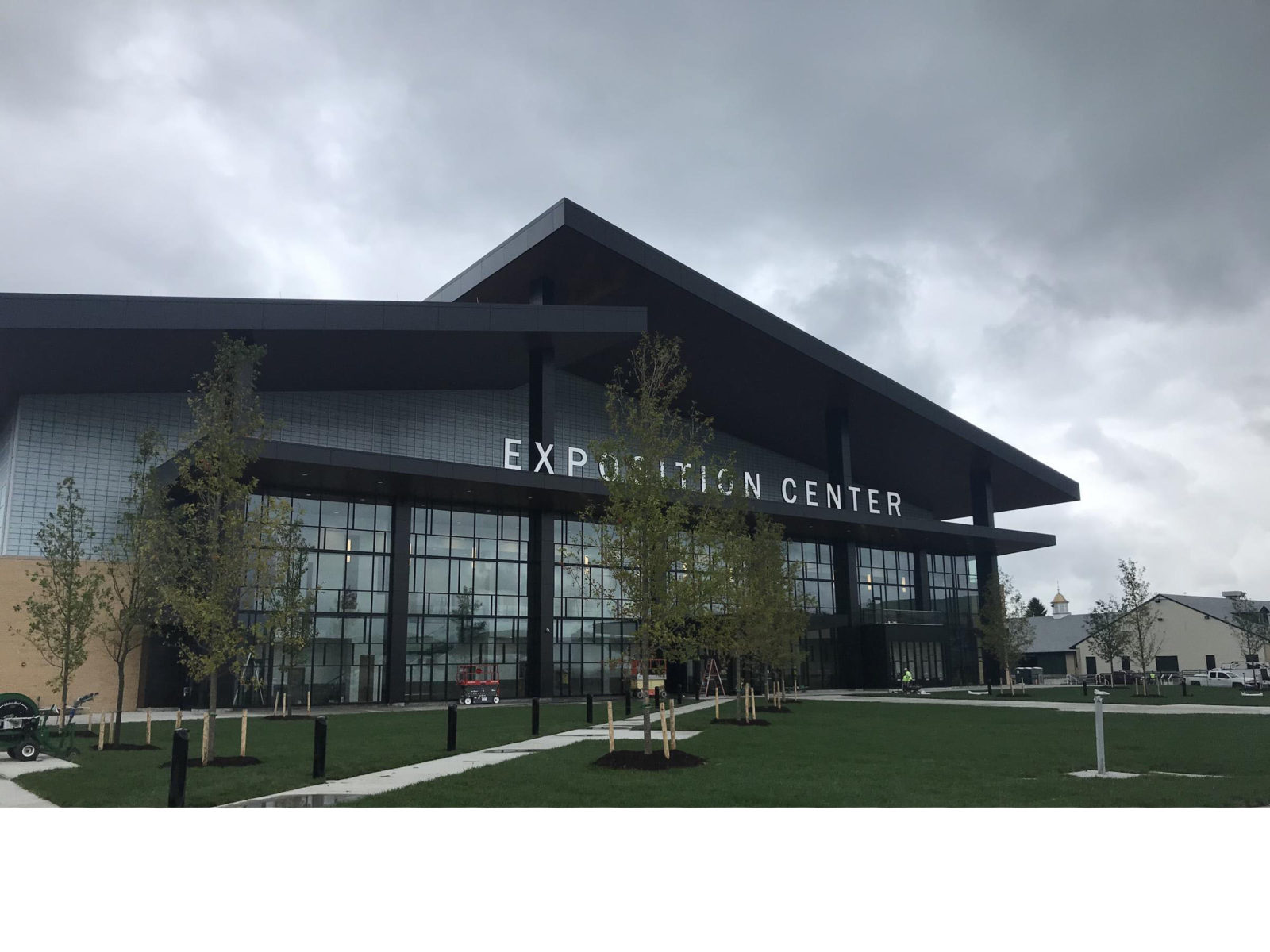 On the New York State Fairgrounds, a new building has just opened its doors to the public. The Exposition Center is a $62 Million structure completed in 252 days, finishing just in time for the New York State Fair in mid-august. The 136,000 square-foot building provides the fairgrounds a new space for concerts, trade shows, sports arenas, and conferences of all sizes.

The Exposition Center was the last project included in the second phase of the New York State Fairgrounds renovations. Over the past 3 years, the state has put over $100 million into the revamp of the fairgrounds. Projects have included the construction of a sky tram, a new bridge street entrance and front gate, a redesign of the Chevy court, and a new RV park.

Throughout the project, the team was on an aggressive schedule to complete all the work needed by the beginning of the New York State Fair. On a daily basis, the MZ Construction team was operating around 40 boom cranes to stay on schedule. “With over 60 boom cranes working on the Expo Center at once, the cooperation between subcontractors was key to making this project successful” says Damien Zombek, Vice President of Operations at MZ Construction.

Founded in 2009, Martin-Zombek Construction Services is a family-owned and operated company with 90 years of expertise. Operating on the core belief that safety, productivity, and quality are the building blocks of success, MZ Construction specializes in commercial construction with a vast portfolio of projects ranging from academic and medical facilities to military and fine arts buildings.

About the New York State Fair

The New York State Agricultural Society was founded in 1832 and held its first state fair in Syracuse, N.Y., in 1841. Between 1842 and 1889, the fair traveled among 11 different cities (Albany, Auburn, Buffalo, Elmira, New York City, Poughkeepsie, Rochester, Saratoga Springs, Syracuse, Utica, and Watertown), before The Syracuse Land Company donated a 100-acre tract of land in Geddes in 1889.